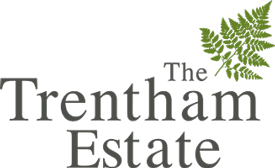 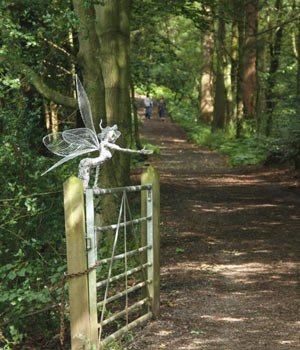 The very first fairy trail was actually at Oakamoor village festival in September 2012. We hid 11  fairies along a path through the woods and handed out leaflets in the village challenging people to find them all. It was purely by chance that Amanda (Trentham Gardens Marketing Manger) was walking with a friend and met “Shaky” followed by another, then another fairy. Someone asked Amanda for help to find one that seemed particularly well hidden and the penny dropped. I  received an email entitled
“We love your fairies”.

Prior to the fairy trail at Trentham, visitors (especially with children) had a tendency to head straight to the playground near the cafe and miss out on the spectacular lakeside walks. Installing the fairy trail around the lake, instantly transformed visitors behaviour encouraging children to explore and hopefully providing a start for a love of the outdoors and nature.

Since 2012, visitor numbers have grown from circa 400k per year to circa 800k. That growth is the result of the investment and dedication that the team at Trentham have put into the gardens themselves. Trentham paid to me a big compliment by attributing a portion of that growth to the success of the fairy trail.

I started making wire fairies in 2010 using galvanised fence wire. The Trentham Fairy Trail was put together in October 2012 using mostly the fence wire fairies that I had taught me how to sculpt with wire. It’s now 2019. I’ve learned so much about sculpting in wire in the last 7 years. My technique is largely the same, but the designs, the materials and the quality of what I produce now is in stark contrast to the crude fence wire fairies made in 2010-12.

Last year Trentham Gardens asked me for some input as to how they might refresh the fairy trail. I love Trentham Gardens, the people and I’ve benefited greatly from the relationship. The concept of a fairy trail is as strong as ever. But given that what I produce now is so different to what I produced in 2011-12 it creates a conflict: How can I help without drawing attention to examples of my early works? People will think they represent what I produce now and they don’t.

The answer is in team work and being honest. Basically we agreed to extend the fairy trail to include a few examples of what I do now and use the whole body of work as an exhibition of the evolution of the wire fairies. It’s been interesting working with the original fairies again. The workmanship and materials may be crude, but each one has such a strong story and provided me with lessons that led me to what I do now.

We’ve also redesigned the way people explore the trail from simply following a path around the lake, to solving clues and being more of a treasure hunt. And because we live in an Instagram world, we tried to reposition each fairy to provide a good photo opportunity / collection. 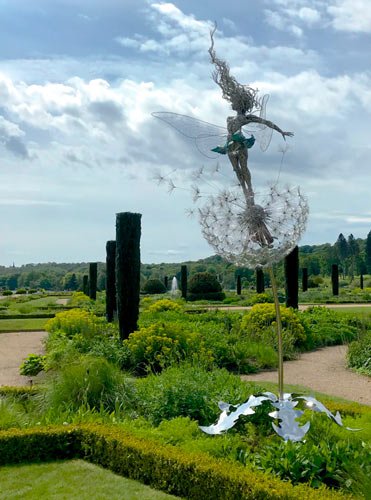 I’m proud to be working with Trentham Gardens again. The Trentham Fairy Trail provides a great deal of fun and still delivers that original goal of getting children (and adults) outside exploring. It also provides a unique exhibition of my work, telling the whole story of how I developed FantasyWire.