Tiffany has a couple of design differences to a ‘usual’ FantasyWire fairy. The most noticeable being that she has flowing wings rather than the more rigid style I usually create. It was a risk, but I personally think it works well with this pose. It adds to the movement so you can feel the energy she’s putting into the dance moves. Her wings form part of her arms, in order to fly she needs to use her arms. When I finished her, it never seemed to stop raining, which actually did me a massive favour. I work as a designer in my day job and there’s an old saying “If you can’t hide it make it a feature”. So rather than endlessly delay doing a photo shoot waiting for the sun, I decided to make the rain a feature. I’ve been trying to get some good photos of rain drops frozen in time which adds to the magic of fairies. 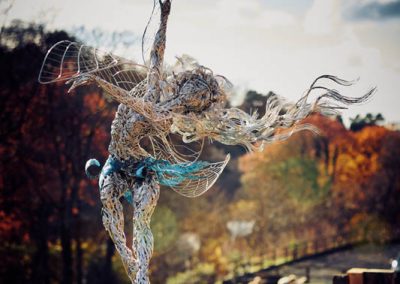 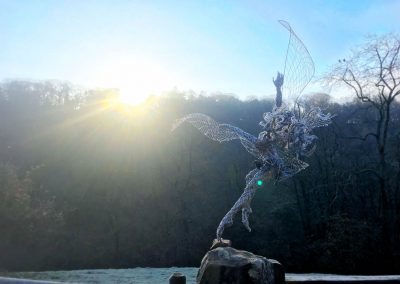 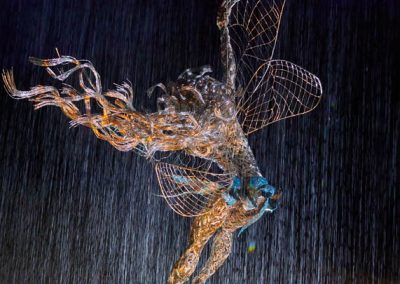 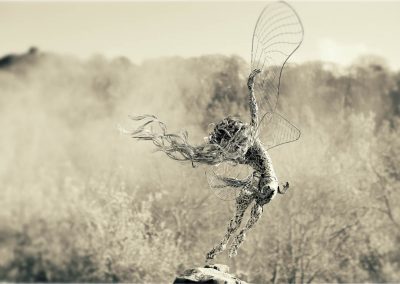 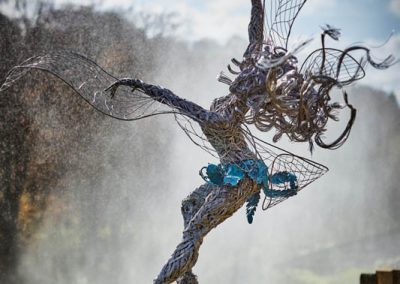 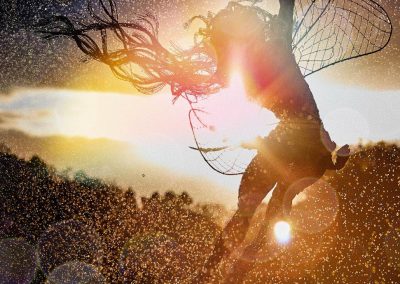 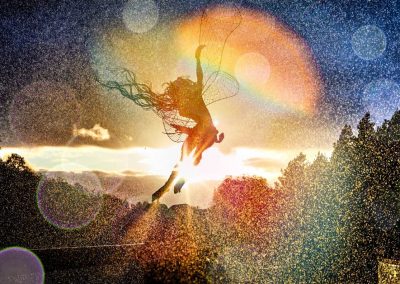